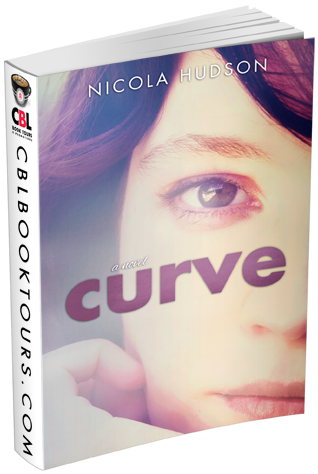 Cass is seventeen and never been kissed, let alone touched.  On one humiliating night, that changes when two boys become interested in her.  Flynn is the older brother of her best friend, yet Cass has never considered him as anything other than that.  Rob is the school sports star and becomes obsessed with Cass when he loses a bet because of her.

As the relationship between Cass and Flynn develops, Rob’s interest becomes increasingly malevolent.  One terrible night changes Cass’s life and threatens to destroy her relationship with Flynn, as well as her future.

I had never been so aware of the power of touch.  His hand was exerting almost no pressure at all, barely even the pads of his fingertips were in contact with my skin, but my heart-rate suggested otherwise. As much as I tried to stay focussed on the TV, my brain was not registering anything other than the square of flesh directly under Flynn’s hand. Oh my god. For no apparent reason, his fingers started slowly tracing small circles on the bone of my ankle and, honestly, his hand could have been in my knickers for the effect it was having on me.
My face was flushed and the rise and fall of my chest with each breath was probably as visible to him as it was to me. I didn’t have the guts to look at him. So the pretence of film watching continued. The circles gradually moved upwards from my ankle, millimetre by millimetre. I didn’t know how to handle it. OK, I really didn’t want it to stop, but, with every circle he created, the ability to pretend it wasn’t happening diminished.
“Do you want me to stop, Cass?” Flynn whispered as though he could read my mind. With a brief shake of my head, I turned towards him. But his hand stopped and the delicious pressure disappeared. There was a moment when I worried that he had misinterpreted my response before I realised that he was moving closer to me.
Flynn picked up one of my hands and kissed each fingertip before placing it back on my thigh. As he leant in to me, entangling one hand in my hair, I realised that he was going to kiss me but, before I could even contemplate what state my breath was in, his lips touched mine. I involuntarily closed my eyes as he started to move his mouth. Warmth started flooding every pore and, with just the slightest pressure exerted by his tongue, my lips opened to let him in. As the kiss progressed, I tried changing the angle of my mouth slightly and moving my tongue in response to his. His groan filled my mouth and that moment became the most wonderful experience of my life so far. When his tongue licked the inside of my lower lip, I couldn’t stop my own moan escaping. Wow.
In a brief moment of more rational thinking, I broke away from Flynn and looked over to where Neve was thankfully still sleeping.
When I looked back at him, I was caught off-guard by the huge, sexy grin plastered across Flynn’s face. There was an unspoken question in the brief raise of his eyebrows and, within a millisecond of me smiling my consent, his head dipped back down to mine. This time the kiss was firmer, more confident. Allowing my tongue to investigate Flynn’s mouth, I relished every new sensation: his light stubble scraping softly at the skin around my mouth; the gentle bumping of noses; the warm whispers of air that escaped when our mouths moved.
His hand pulled itself through the length of my hair, coming to rest briefly at the top of my back. The fingertips lazily followed the neckline of my vest top, backwards and forwards, whilst his tongue mimicked the same movement across my lips. The sensation cursing through me bordered on the unbearable.
I was undone. Nothing would ever be the same again.

I’ve always been an avid reader and occasional writer, but only ever for my own eyes!  Then, last year, I read my first New Adult novel – and I was hooked.  After consuming a vast e-pile of NA, the burning need to write my own was overwhelming.  And so I started…
Fitting in writing around a demanding job and a wonderfully supportive husband has been, umm, interesting at times but the whole process has been a fantastic experience.  I have been blown away by the friendliness and support shown by the readers, writers and bloggers who make up the NA and Indie communities; online with them is one of my favourite places to hang out!
I have already started the follow-up novel to Curve, Heart, which follows Neve as she starts at university.